A+ Ratings from BBB

All photos are examples of our work, check out the gallery for more. 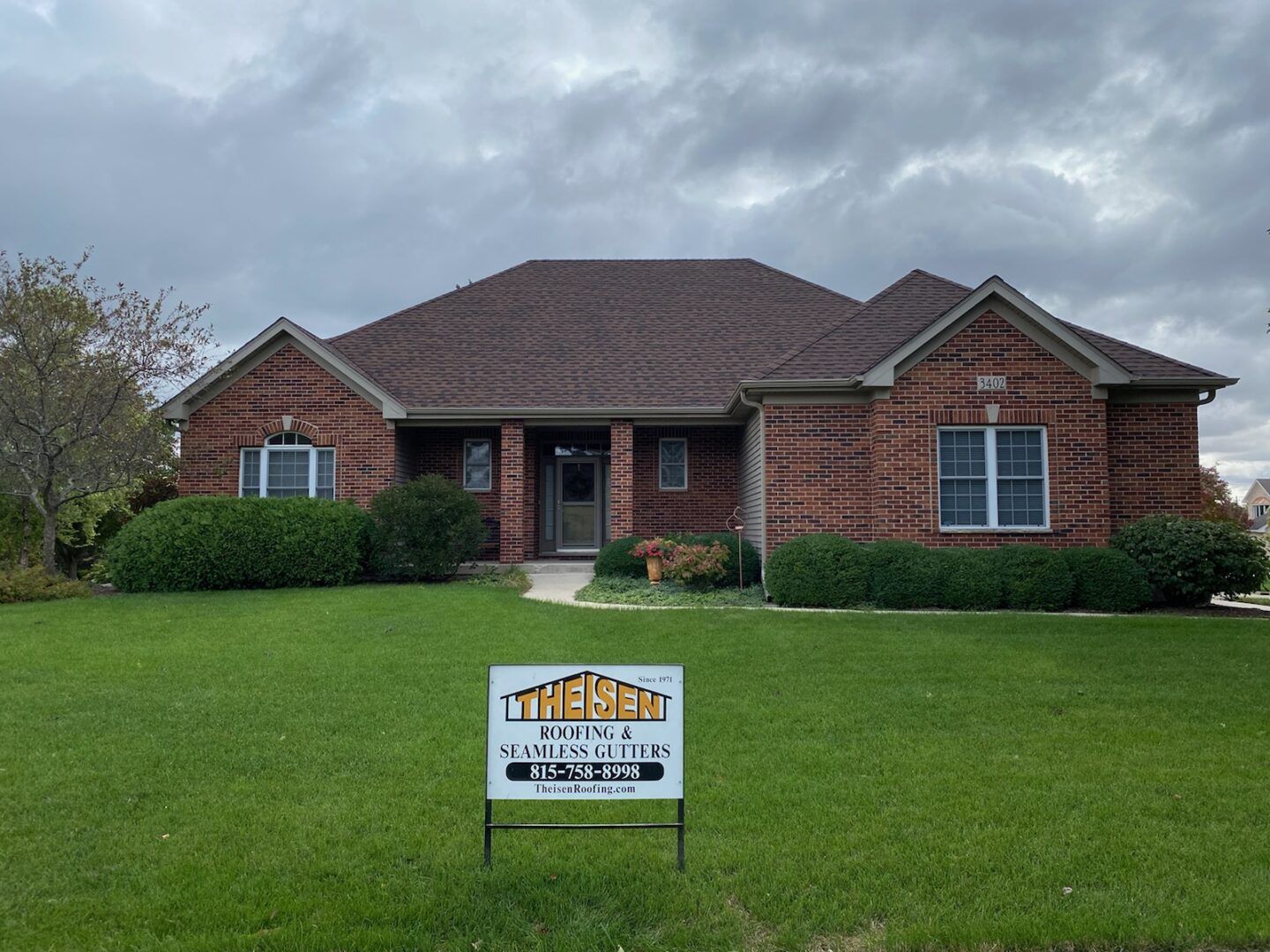 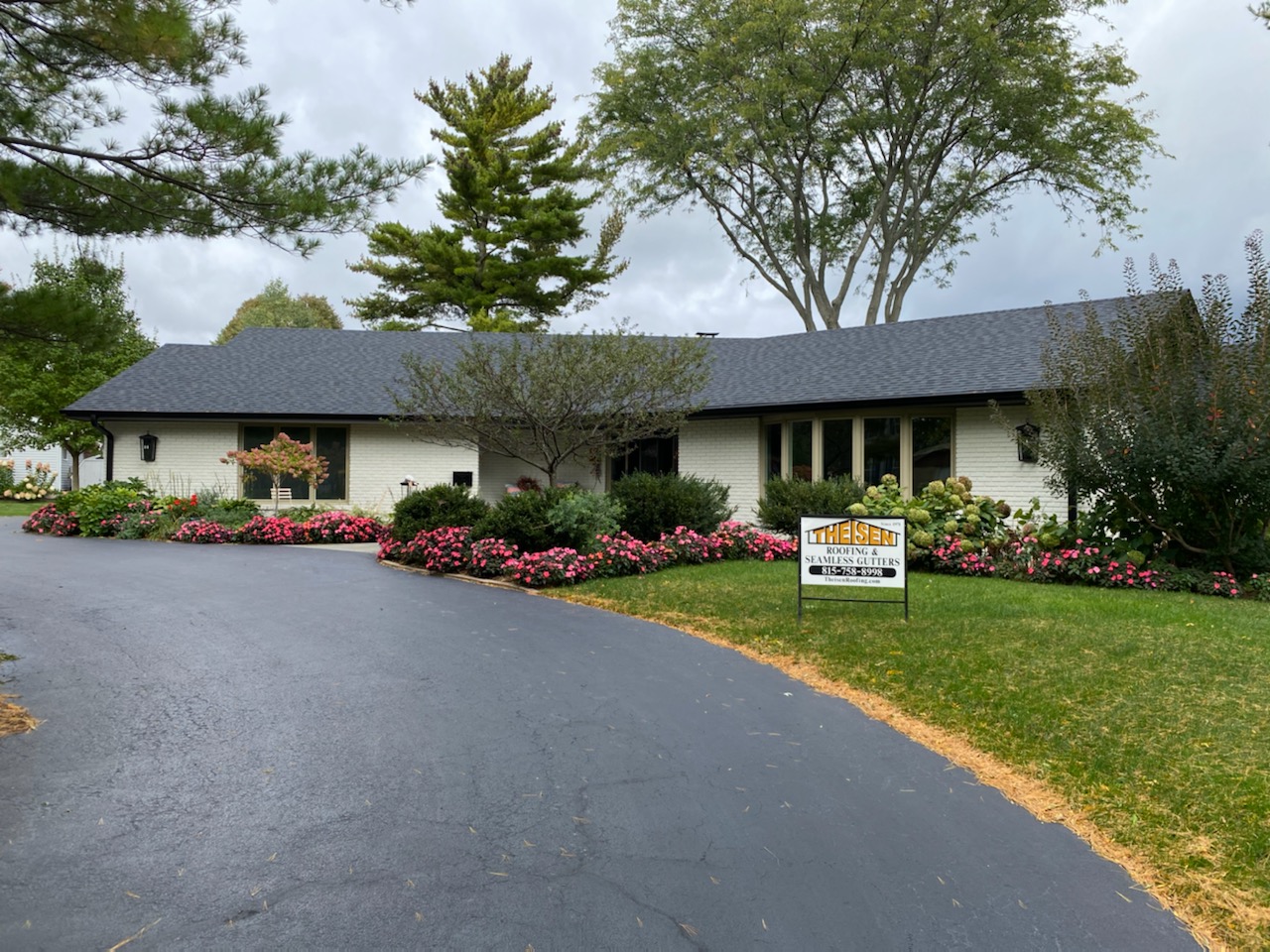 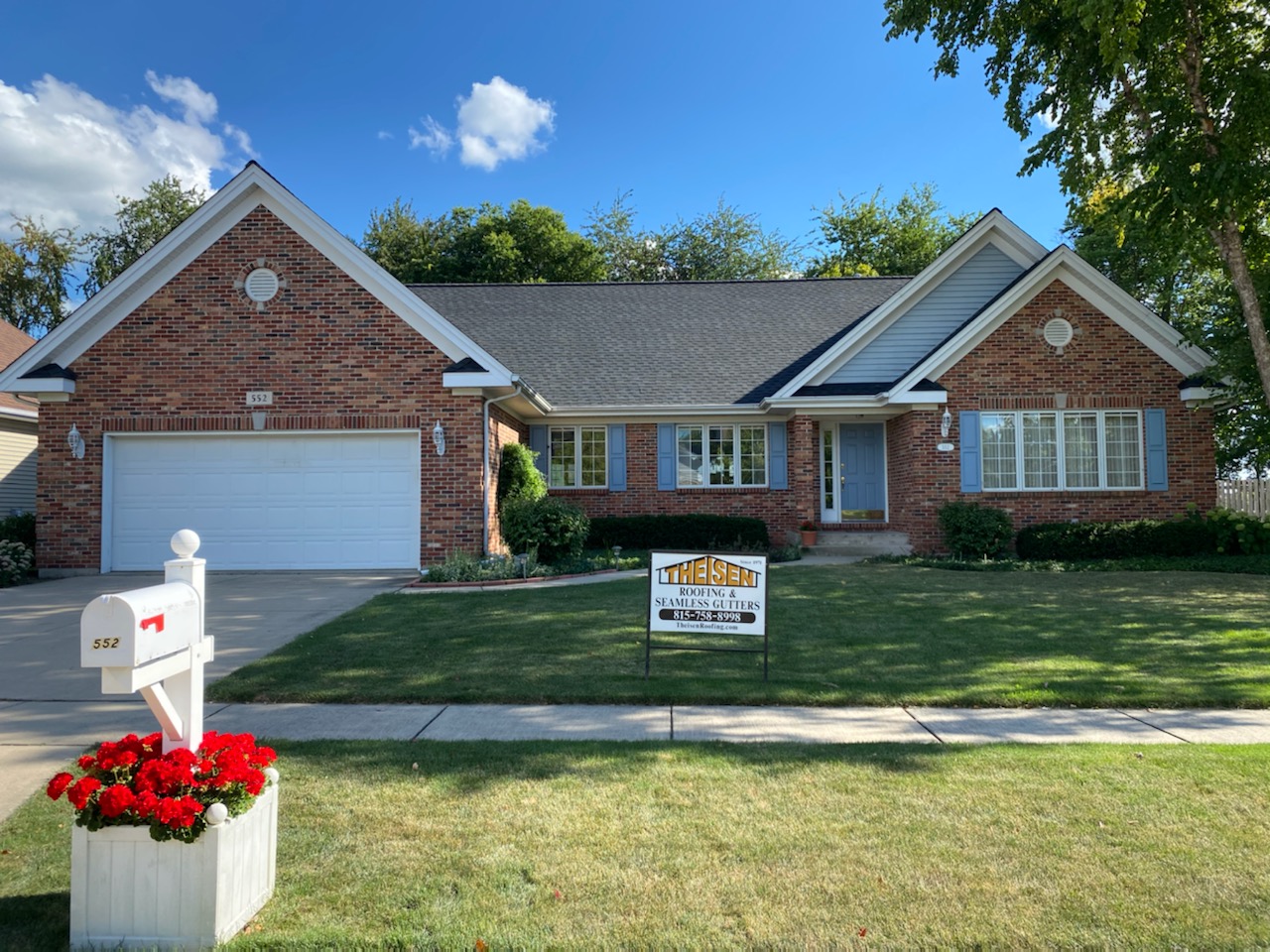 Locally owned and operated since 1971, Theisen Roofing & Siding Co. has been providing quality, professional roofing services and more for generations. Third generation roofers, owners Jeff and Brian Theisen took on the family business from their father, Ray. Today, Theisen Roofing has a team of experienced roofers who, together, provide quality workmanship on every project.

Over our decades of experience in the industry, we’ve worked hard to build and maintain relationships with our customers. For some, we’ve re-roofed their home and been able to come and re-roof their home again 25 years later. It’s this commitment to our customers that has helped us thrive over the years, and we are dedicated to continuing the tradition of customer service, along with the highest standard of work and professionalism.

In 1971, Founder Raymond (Ray) Theisen, established his roofing business after branching out from working with his father, Mr. Harry M. Theisen, who at the time owned Malcor Roofing Company in Aurora, Il. Ray, along with several of his brothers, worked under Harry who became a partner of Mr. G. C. Malcor’s Roofing company in 1929.

Ray’s new venture started off as a solo job, relying upon a used pickup truck and his hand tools. In the early days, a shop was set up in roughly 1,000 sf. of  warehouse space on the East end of Lincoln Hwy., in Dekalb. A decade later, Ray purchased a larger, more permanent location on Pleasant St. which served as the iconic office & warehouse for Theisen Roofing for roughly 3 decades. With business continuing to expand Theisen Roofing again moved in 2016 and is now located in Cortland, where their 20,000 sf. facility allows them the ability to keep growing.

For 50 years, Theisen Roofing has been a household name in Dekalb and surrounding communities. Known for their quality craftsmanship in residential roofing, siding and seamless gutters, the 3rd generation company is still running strong in offering the highest quality products the industry offers, with impeccable service. Today, Theisen Roofing is still family owned and operated under the leadership of Ray’s sons Jeff (who joined the company in 1978) & Brian (who joined the company in 1989), along with Ray’s youngest grandson Eric who has been with the company since 2010.

Theisen Roofing has been proud to serve the community for 50 years and looks forward to continuing the tradition of providing quality, professional service.

Please call 815-758-8998 or email [email protected] with your name, address (including city/town), and phone number to get started on your FREE estimate.

We Are Members Of 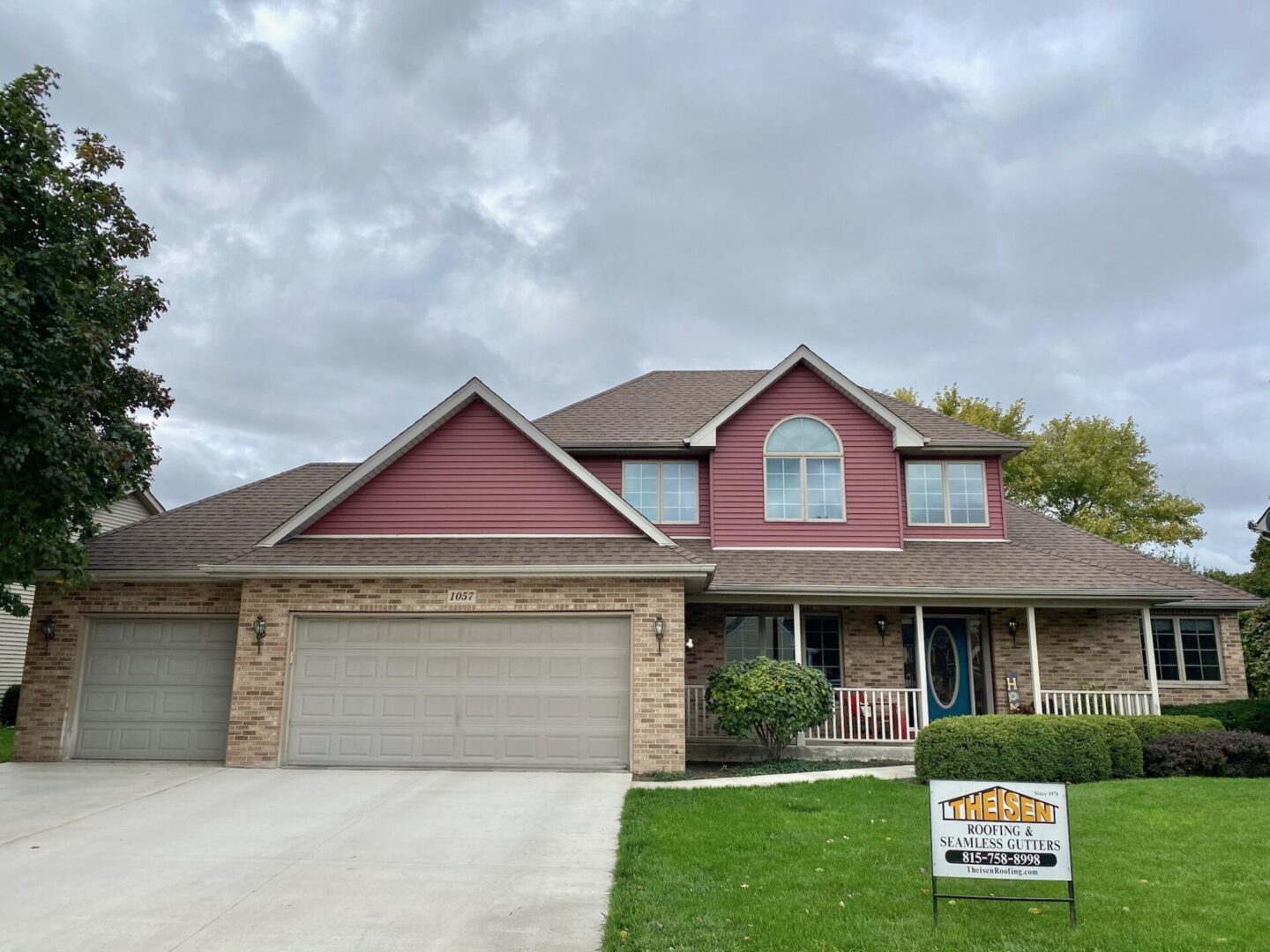 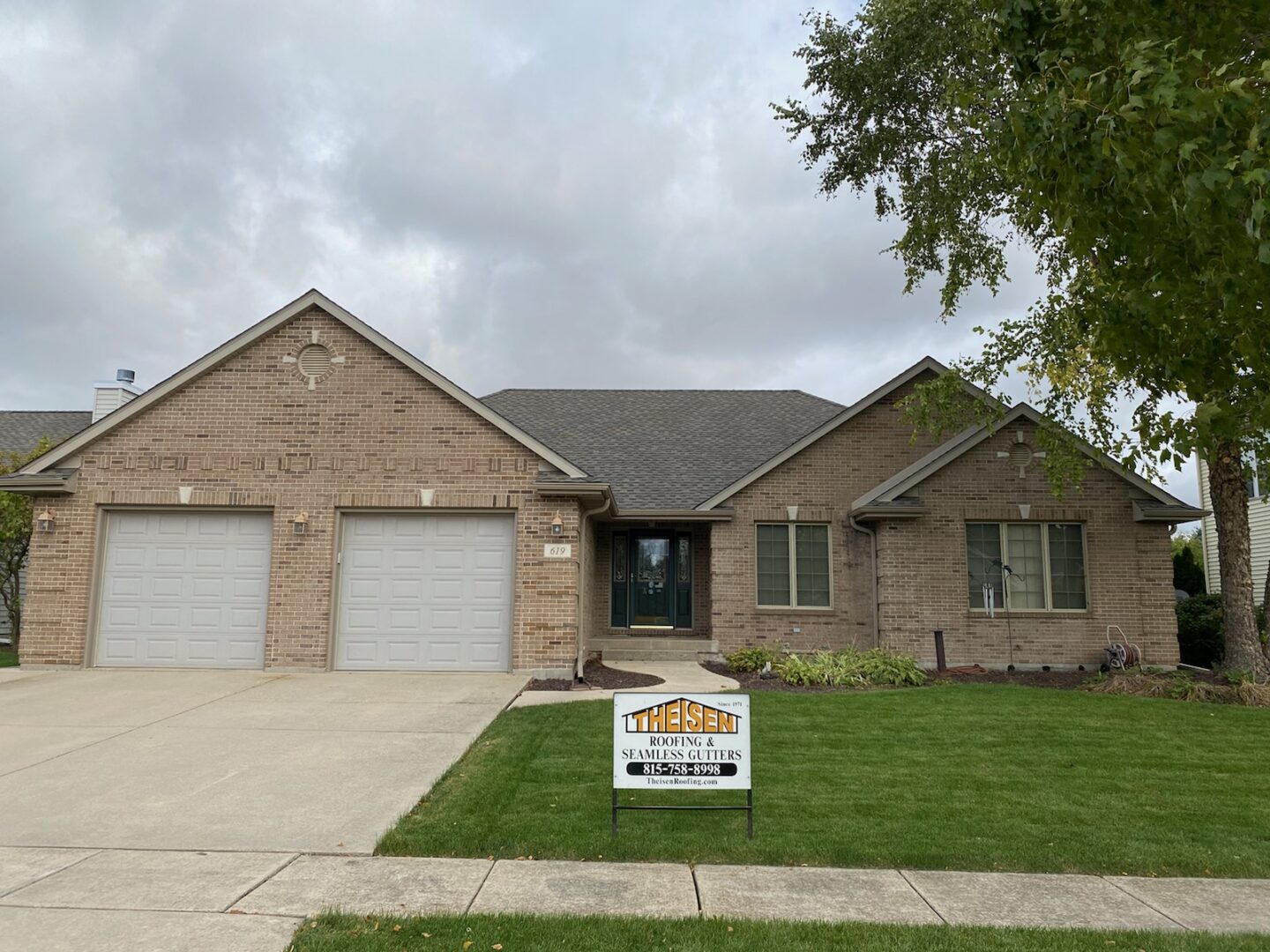 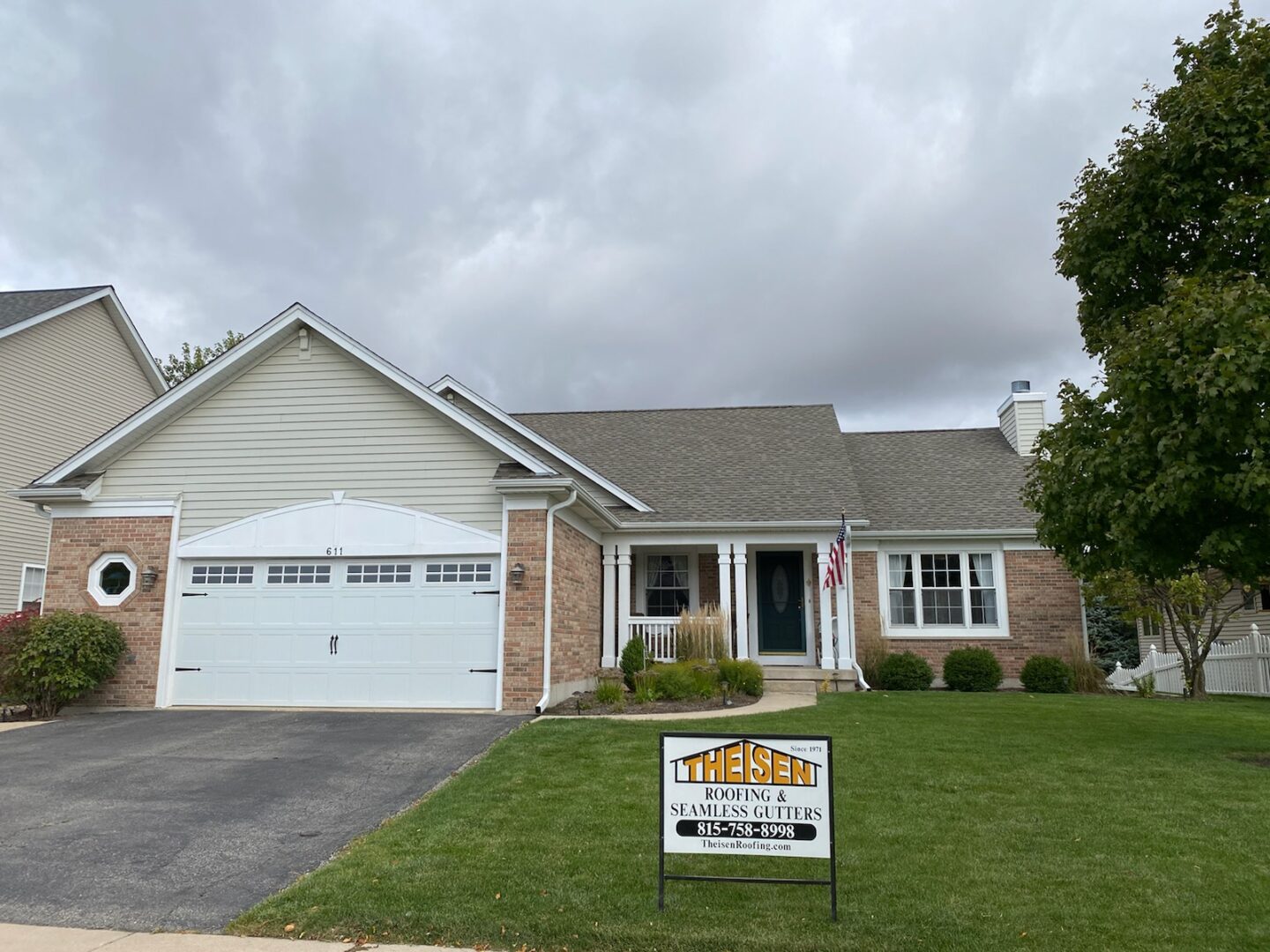 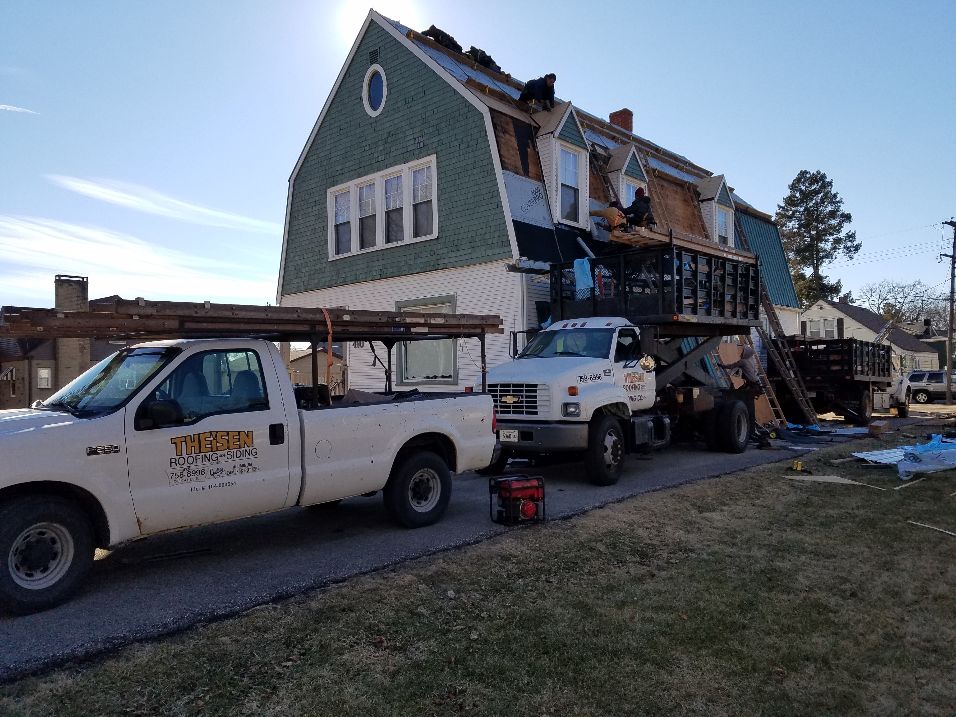 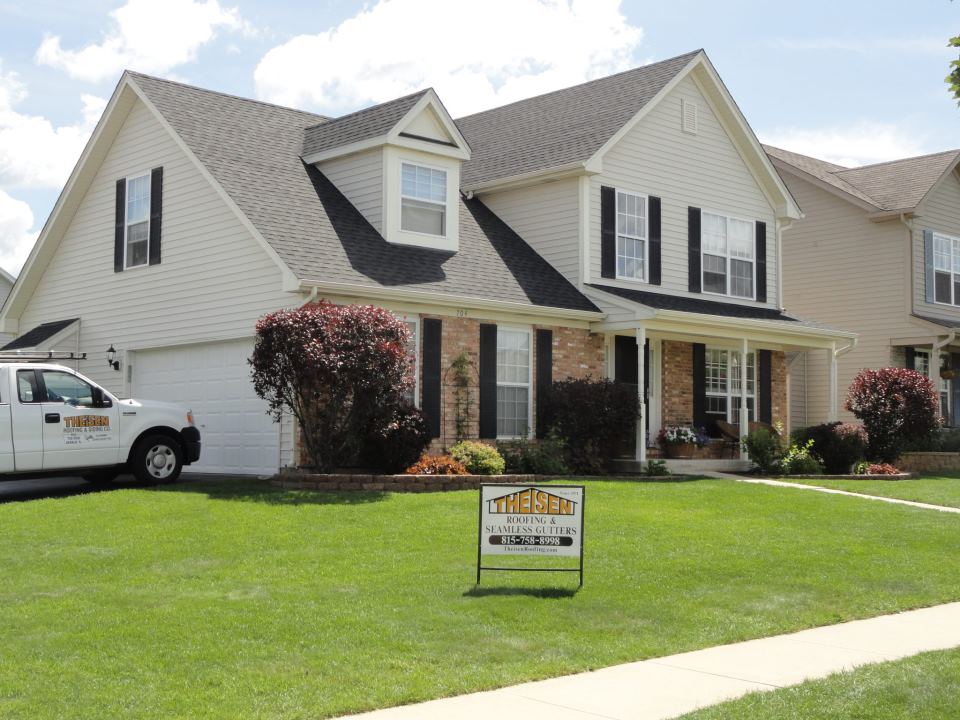 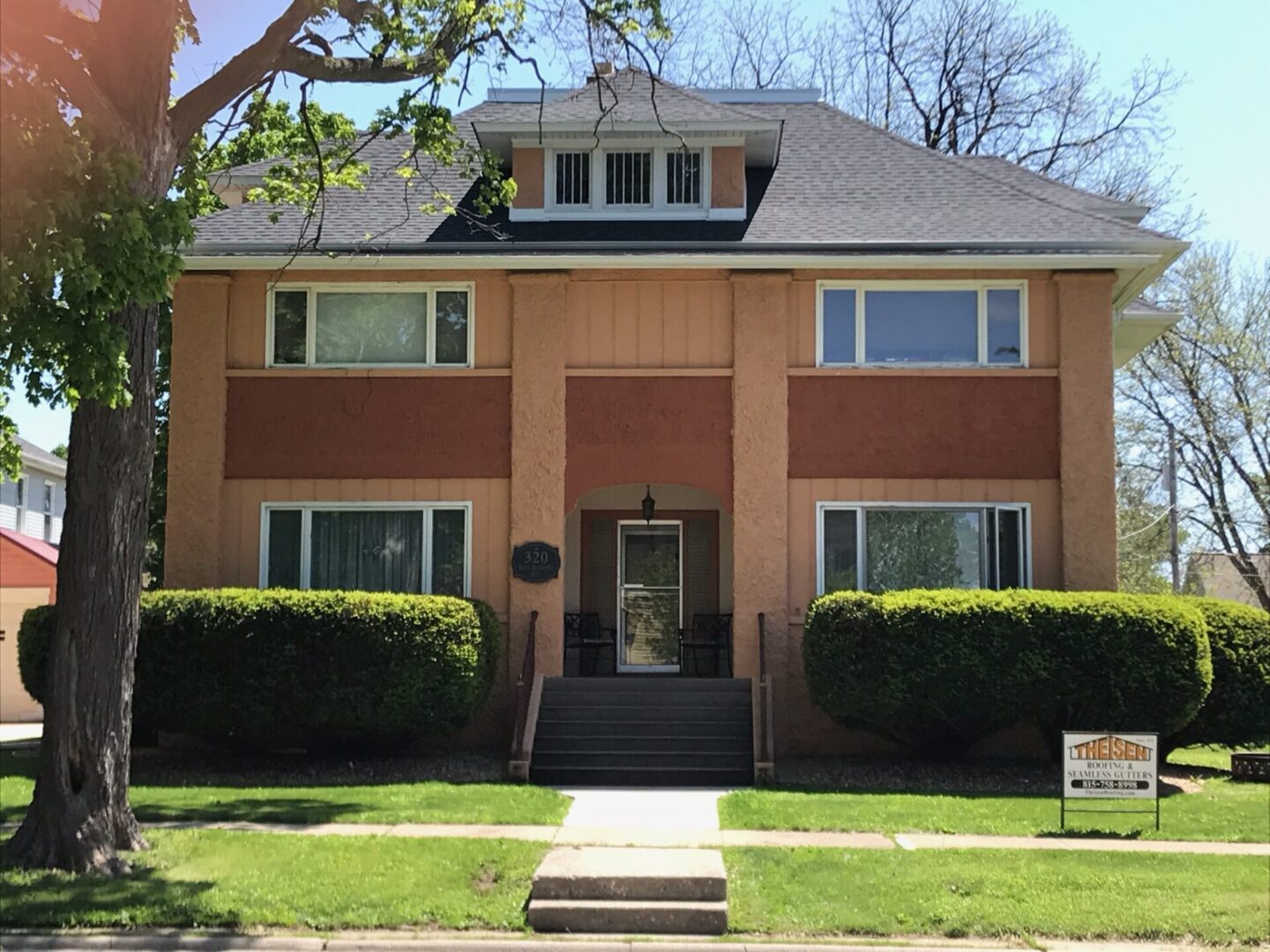 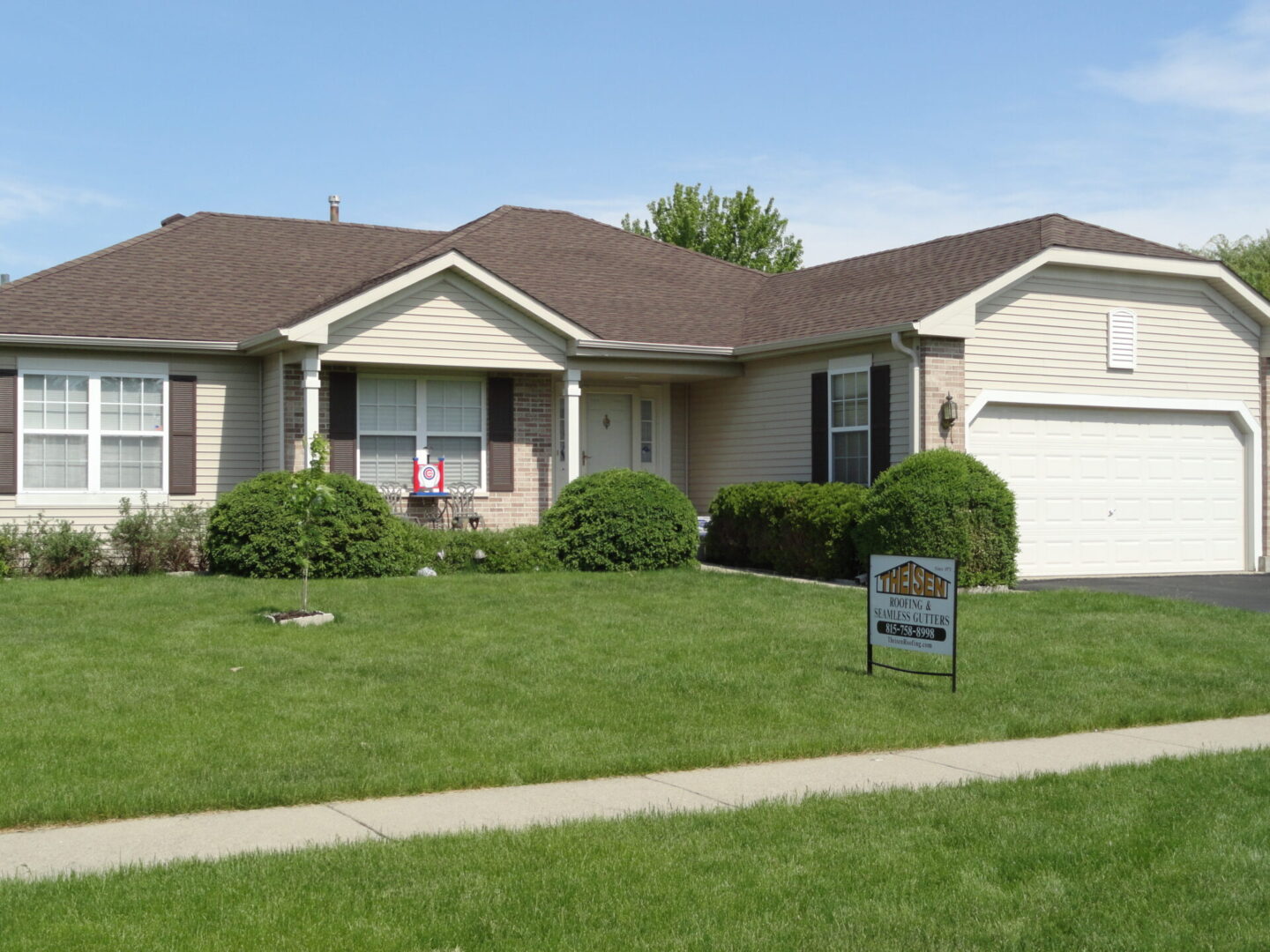 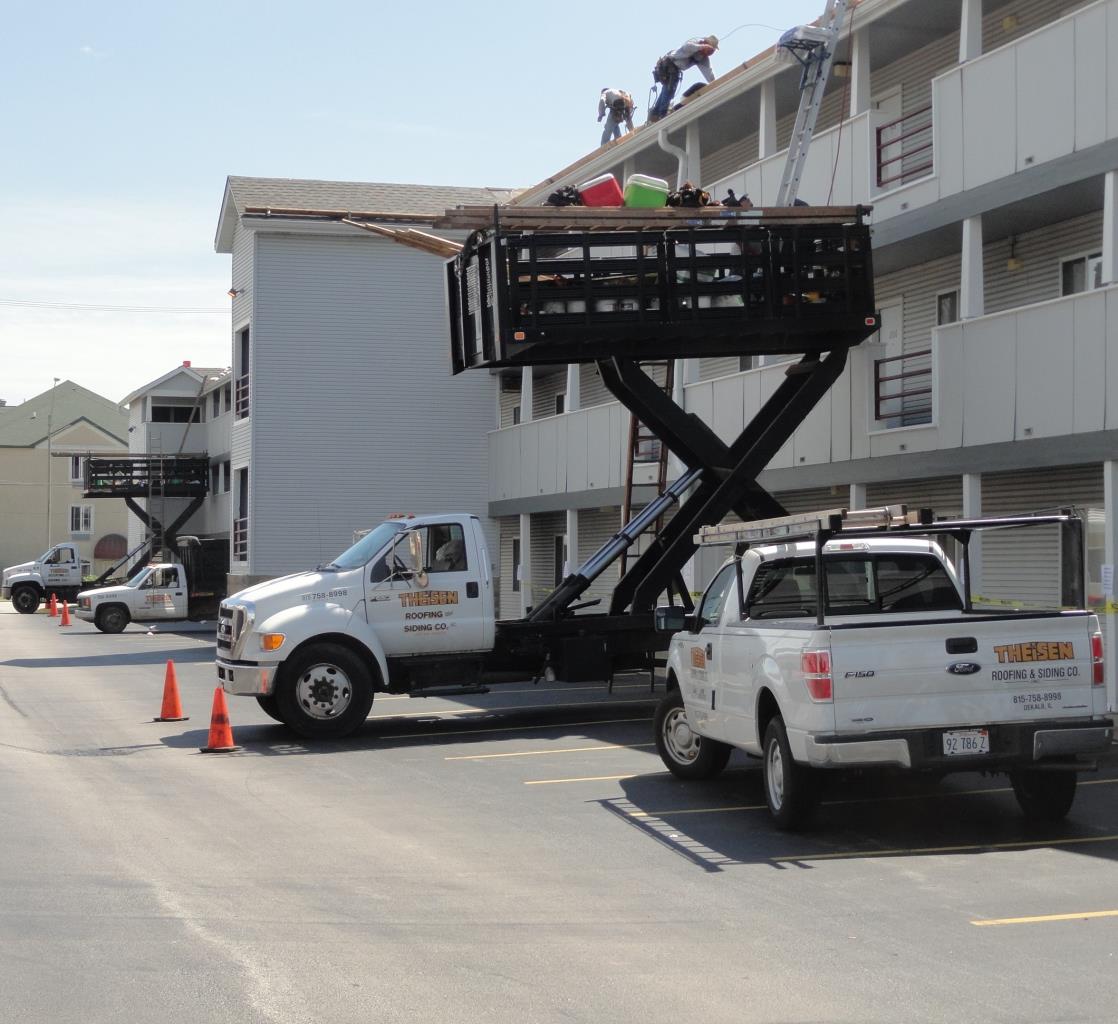 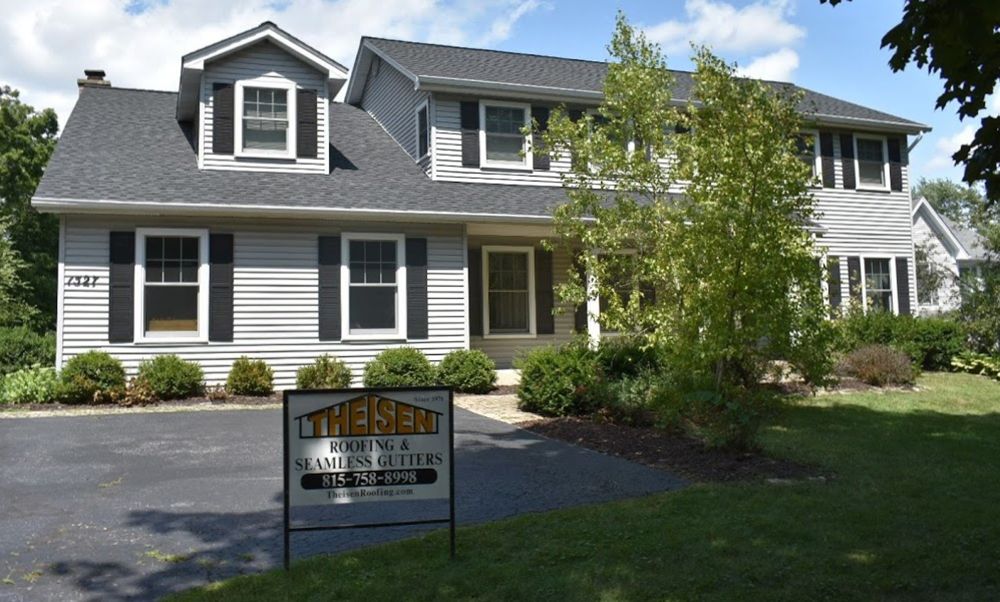 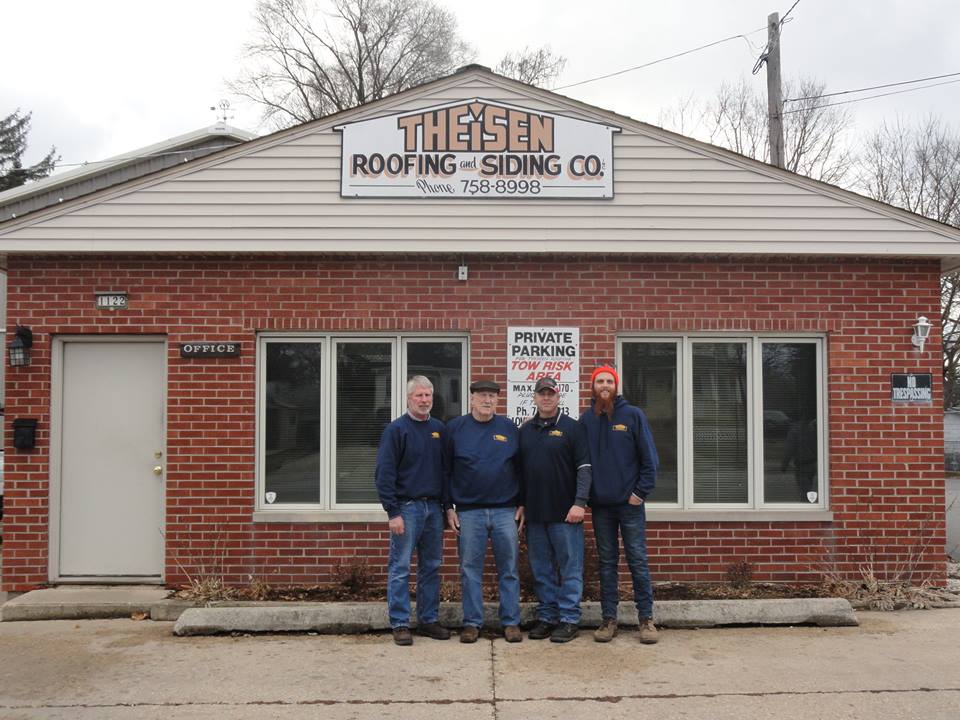 Our original facility in DeKalb 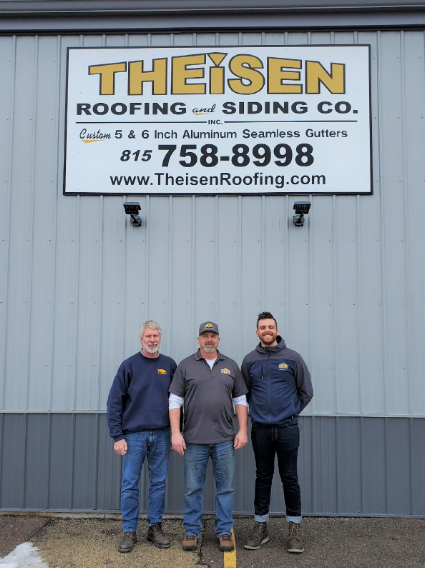 Our new facility in Cortland off of Loves Road 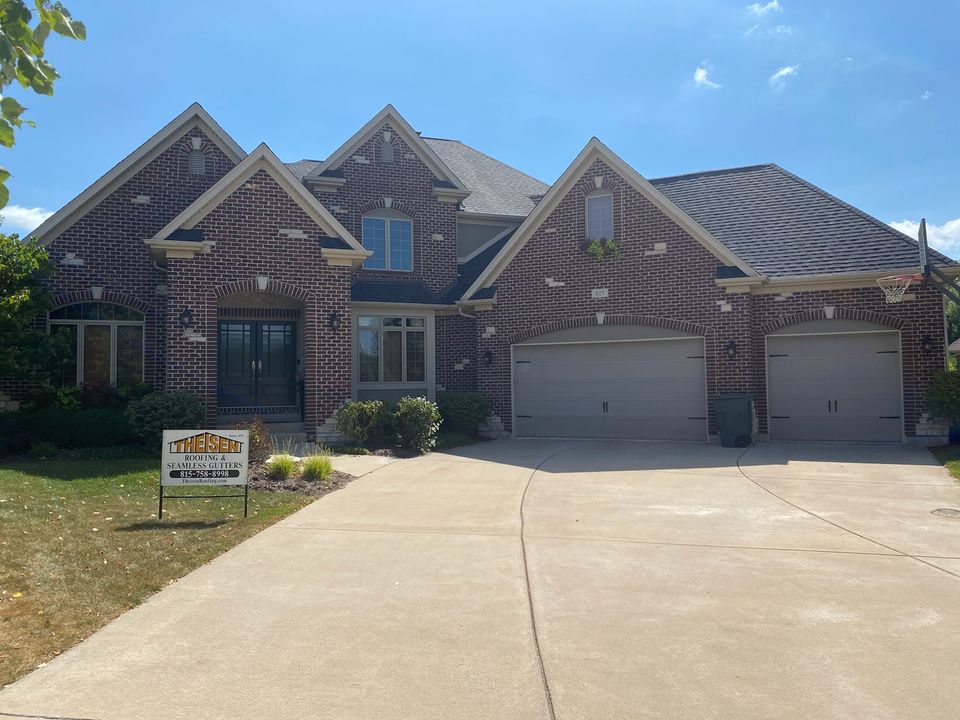 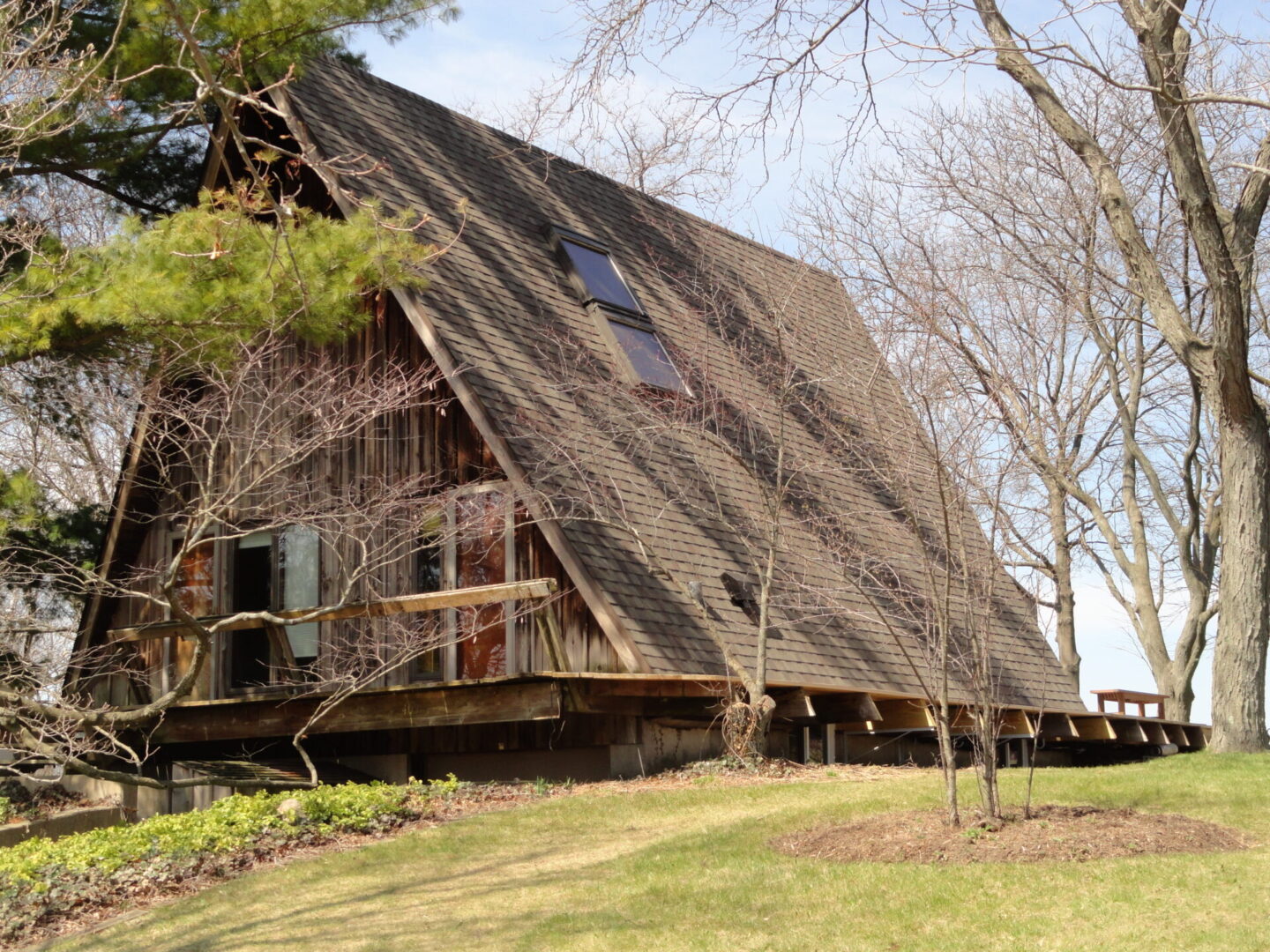 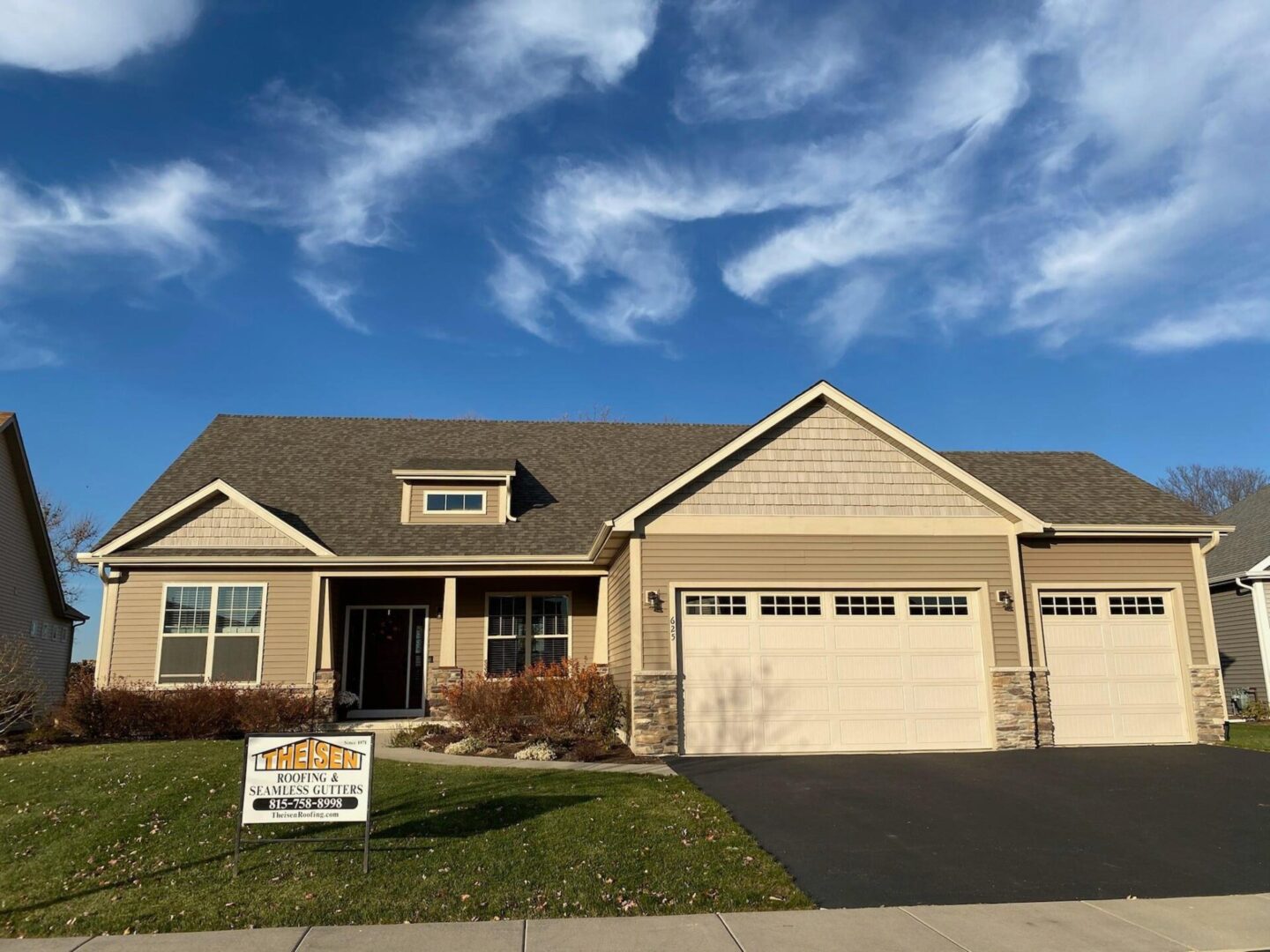